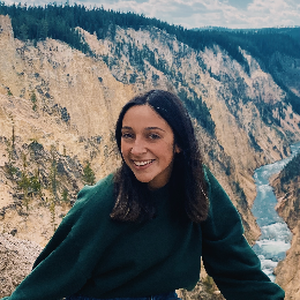 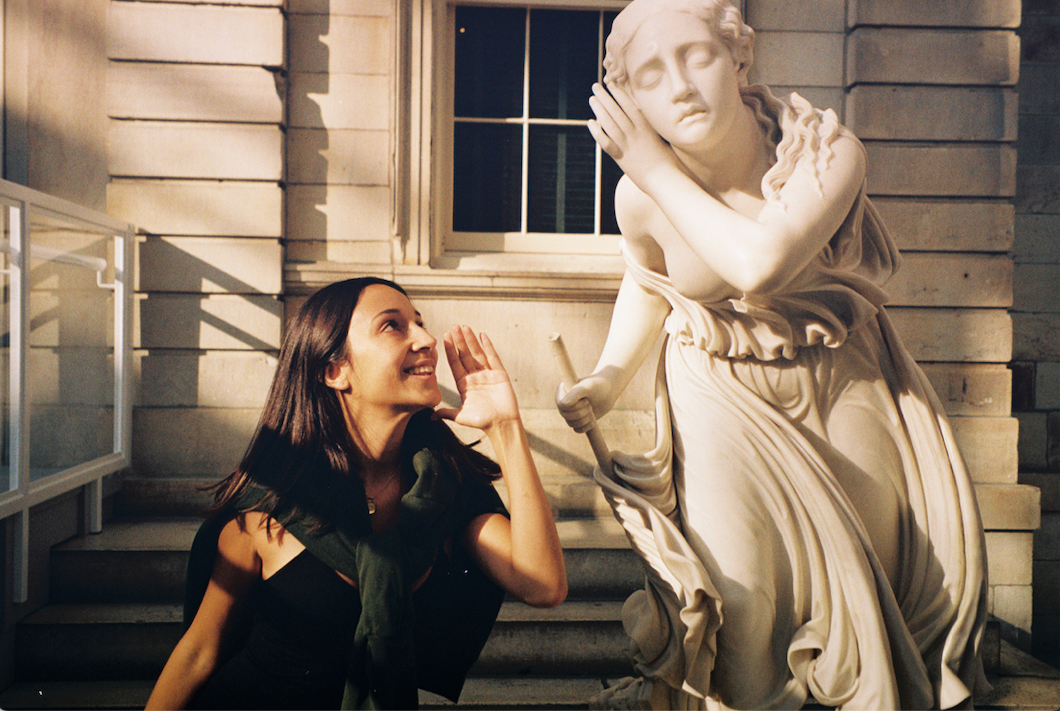 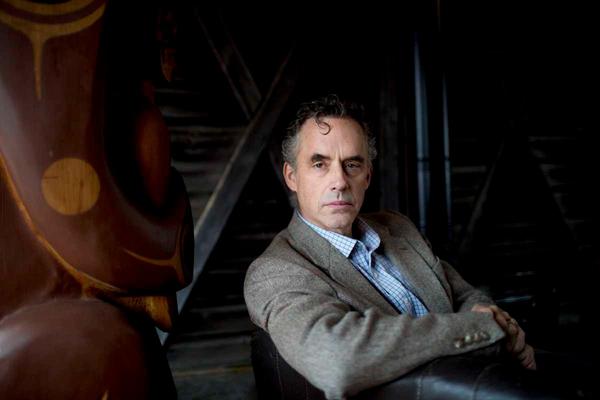 Olivia Wilde Used Jordan Peterson As Inspiration For Her Movie's Villain. It Made Him Cry | LittleThings.com

They say imitation is the best form of flattery, but Jordan Peterson doesn't see it that way. Canadian media personality Jordan Peterson made an appearance on Piers Morgan Uncensored and chatted with Piers about being the inspiration for the role of a villain in Olivia Wilde's new movie. 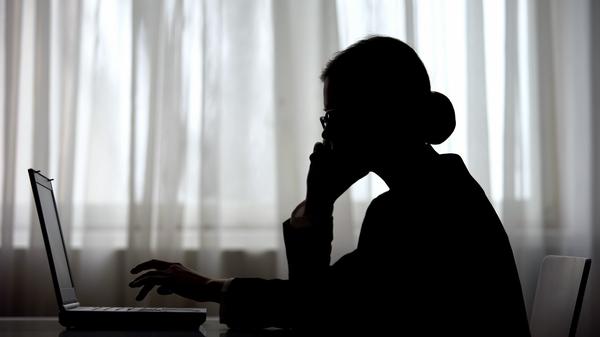 Neena Pacholke, a 27-year-old news anchor from Wisconsin who was known for her bubbly and positive personality, died last month from suicide. It's been reported that Neena's fiancé, Kyle, had broken up with her a few weeks before. In her final text messages sent to Kyle just before she died, Neena stated that she couldn't "handle any of this pain anymore." 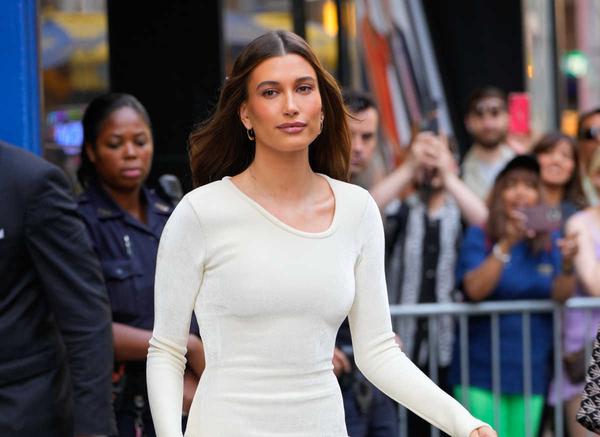 Hailey Bieber Insists Justin 'Closed A Chapter' With Selena Gomez Before They Got Married | LittleThings.com

Hailey Bieber is setting the record straight. Again. The model appeared on the podcast Call Her Daddy hosted by Alexandra Cooper and gave details of the timeline around her marriage to Justin Bieber. Hailey and Justin were married in September 2018, about six months after his last breakup with Selena Gomez. 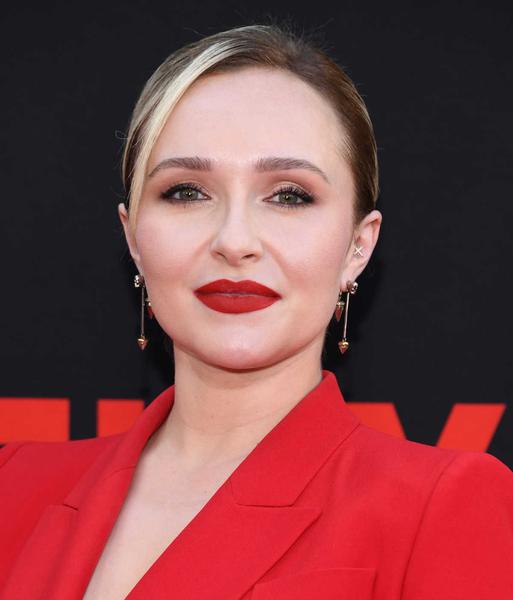 Hayden Panettiere Opens Up About Why She Gave Up Custody Of Her 7-Year-Old Daughter | LittleThings.com

Actress Hayden Panettiere appeared on Jada Pinkett Smith's Red Table Talk and confessed "the most heartbreaking thing" she's ever had to do. The 33-year-old mother opened up to hosts Jada Pinkett Smith, Adrienne Banfield Norris, and guest host Kelly Osbourne about giving her ex, former boxer Wladimir Klitschko, full custody of their daughter. 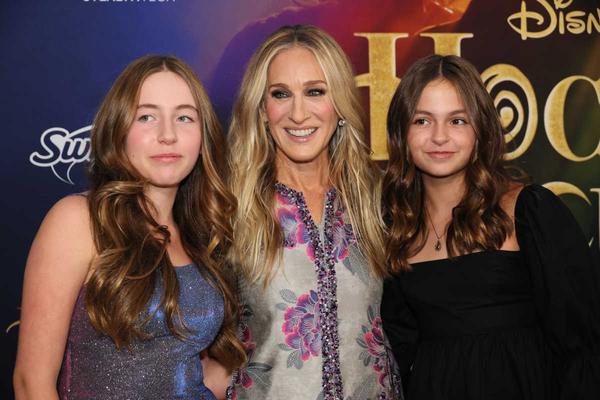 Bring us the children! Sarah Jessica Parker's teenage twin daughters made a rare appearance at the premiere of Hocus Pocus 2 on Tuesday. The girls accompanied their mom and father Matthew Broderick on the red carpet and even posed for a few photos. It's a special treat when Sarah brings her children into the public eye, as she and husband Matthew have mostly kept them out of the spotlight. 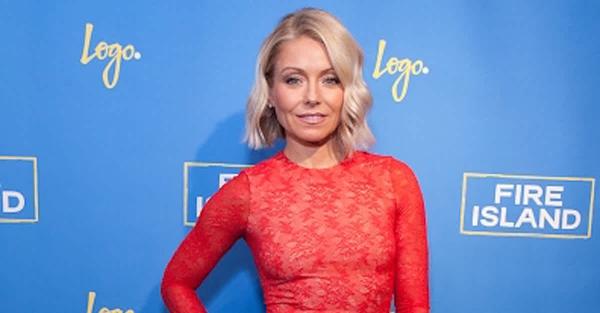 Kelly Ripa Reveals There Was Drama With 'Live' Cohost Regis Philbin From Day One | LittleThings.com

We all know that starting a new job can feel overwhelming. But starting one when your coworkers are on the fence about you? That can feel a lot worse. This is what Kelly Ripa reveals she experienced on her first day at Live With Regis and Kelly back in 2001. 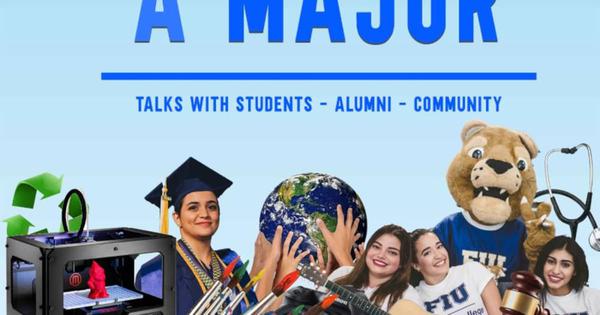 In a time where networking and social connection seems impossible for students, the Honors College has launched More Than a Major, a podcast series featuring stories from current and past Honors students and the community. The podcast aims to create a new space that can shine a light on individuals and projects as well as hold conversations that are important to the FIU community in a casual setting. The initiative was started by FIU Honors’ Coordinator of student programs Enrique Rosell, whose 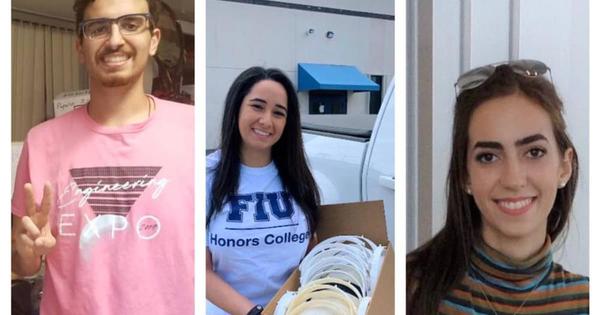 During the pandemic, Honors College students are making a difference from home

While hundreds of South Florida nurses, doctors, and essential workers risk their lives to help on the front lines of the COVID-19 pandemic, students who are at home and quarantined are wondering: What can I do from where I am? While FIU continues to aid the community in its manufacturing of protective face shields for health care workers, students have been inspired to join the movement while staying home. Isaac Ghobrial, an Honors College student and EdgeLab staff member, was able to take ho 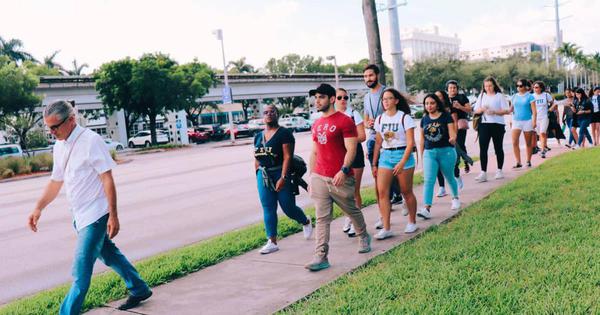 Professor John Bailly of the Honors College is known in the FIU community for creating immersive, one-of-a-kind courses that seldom meet in classrooms. Traditionally, his classes Miami in Miami, Art Society Conflict, and three study abroad programs are focused around on-site learning tours spread throughout Miami’s historical and cultural locations. Everthing changed when FIU moved to remote working and learning. “My classes rarely meet in a classroom,” Bailly says. “If we are studying the Eve 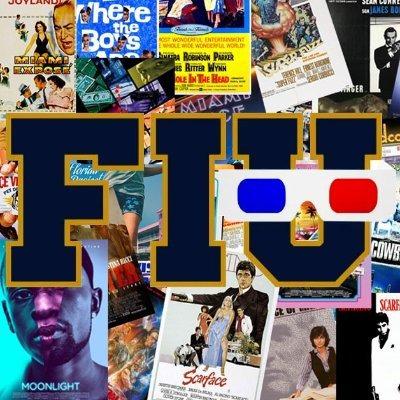 Summer And Fall Course Offerings: A Little Something For Everyone

Panthers with a love for film have some great options to choose from when picking their Summer and Fall 2020 classes this term. For those who are drawn to historical studies, FIU is offering a course on Early America in Fact, Film, and Fiction at the MMC campus this summer, which will compare historical texts to the way early American history is portrayed in film. The term will also offer an array of online options including Holocaust Cinema as well as both Intro To Film Studies and History of 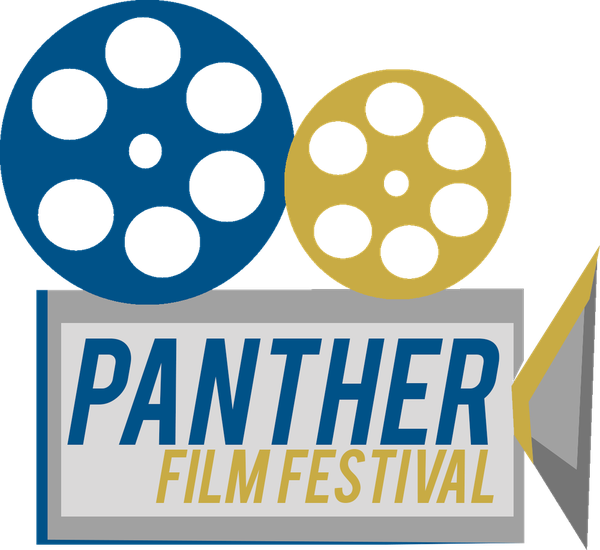 Calling all filmmakers! This year’s Panther Film Festival will be taking place on April 15th at 7:30pm in GC 140. If you have a short film you’ve been working on, this is your opportunity to showcase it to fellow peers and even win prizes. Applications are open now until April 1st, with completed films due April 9th. You can find the applications here. Interested in participating but don’t know where to start? You still have time to create a short film for the festival. Check out this list of r

The Oscars nominations have been out for 2 weeks now and I am still upset. Almost everywhere you look, there is some kind of discussion going on around the lack of equality and diversity paired with calls to fix it. This year’s biggest award show in the film industry is no exception. The Oscars have come under fire for their lack of diversity on numerous occasions, and soon after the 2020 Nominations were released, the Academy Awards made headlines for all the wrong reasons once again. This yea 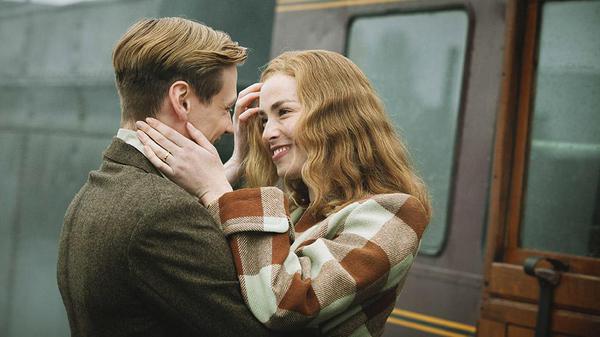 The Keeper: A Story of Romance and Reconciliation

The Miami Jewish Film Festival is known for the diversity of its offerings. Those of us interested in romance and uplifting stories got to enjoy the South Florida Premier of German director Marcus H Rosenmüller’s The Keeper, a passionate biopic about Bert Trautmann (played by David Kross, Steven Spielberg’s War Horse), a German prisoner of war turned Manchester City football star and a symbol for peace and reconciliation in the 1950’s. Fading in on a dim forest landscape, we find a uniformed 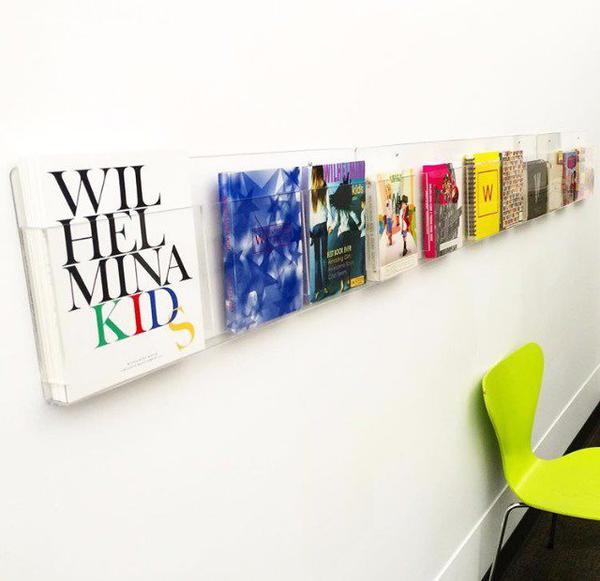 Check out some highlights of brand partnerships, giveaways, and more I did while working with Wilhelmina's Kids & Teens Division. 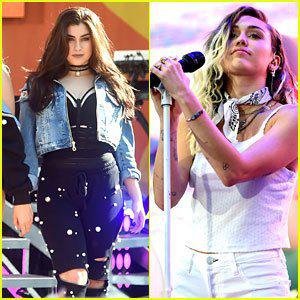 iHeart Summer 17 Weekend by AT&T‘s two-day event starts tomorrow at Fontainbleau in Miami, Florida, and Just Jared Jr. will be front and center covering all the best stuff for you. Here’s a quick recap of everything you need to know about the show: Day 1: Luis Fonsi (who currently holds the #1 spot on Billboard Charts with ‘Despacito Remix’ ft. Justin Bieber) will be first to take the stage followed by DJ Khaled, our girls from Fifth Harmony, and Tinashe. Day 2: The iHeartSummer ’17 Weekend b 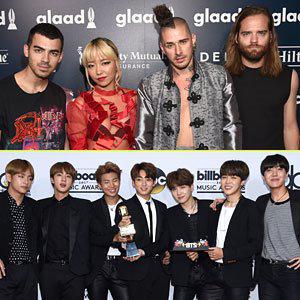 Did DNCE Just Say They Want to Collab With K-Pop Group BTS?

Our new obsession, aka K-Pop group BTS (or Bangtan Boys) is taking the world by storm this year after winning a Billboard Music Award last month just after finishing a short tour here in North America. With singing, dancing, rapping all making up their crazy good music and videos, it’s no secret why these seven stylish boys have fans from all over the world, now including some big time celebrities. Now Joe Jonas‘s group DNCE is making it loud and clear they want in on working with the Bangtan 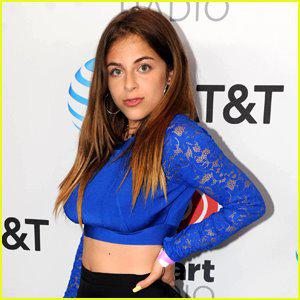 Baby Ariel Recorded Two Songs In The Studio And THIS Is What They’re About | Baby Ariel, Exclusive, Music : Just Jared Jr. • 12th June 2017

EXCLUSIVE: Baby Ariel Recorded Two Songs In The Studio And THIS Is What They’re About

We chatted with Musical.ly star Ariel Martin A.K.A. Baby Ariel backstage at 2017 iHeartSummer Festival this weekend to find out what exciting new projects she’s working on and, we’re SO psyched to spill this tea! While chatting about her future, the 16-year-old social media star revealed where she wanted to take her journey next: “I’m actually working and branching into singing,” she told us. For Ariel‘s fans, this isn’t the first time hearing “Baby Ariel” and “singing” in the same sentence. T 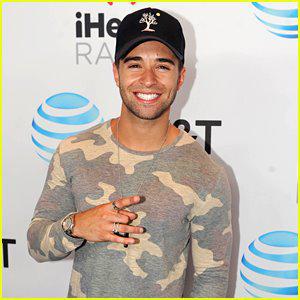 EXCLUSIVE: Jake Miller Taught Himself How To Produce Music For His First Independent Album

If you missed it, Jake Miller has an album coming out June 16th called “2:00 A.M. In L.A.” and we have exclusive dets about the new music. About a week ago, Jake noted in an Instagram caption that he had separated from his label and that this is album was born out of one of the toughest years in his life. While hanging backstage at the 2017 iHeartSummer Festival, Jake revealed how he’s not letting anything stop him from doing what he loves, and how he’s managing being independent. “I kinda wo 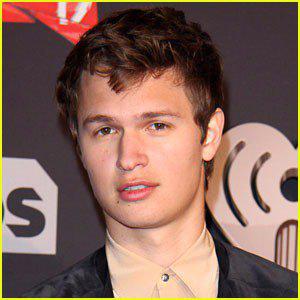 Ansel Elgort has a new single coming out Friday, June 2, (AKA tomorrow) and you can listen to 30 seconds of the chorus right now. The 23-year-old actor and musician has been subtly promoting his single “You Can Count On Me (feat. Logic)” on social media and dropped the cover art (that he made himself) on Instagram two days ago. The cover art resembles a dorm-room styled collage of Ansel, his friends, and family together which is fitting, since the lyrics include lines like “I’ll be right there 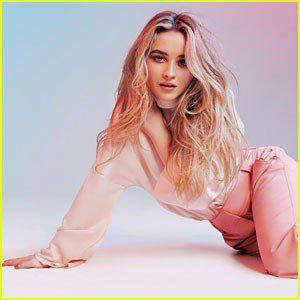 Sabrina Carpenter loves to surprise fans with new music out of the blue, and we’re loving every second of it. Just this morning the 18-year-old Disney star announced she would be dropping her own cover of Harry Style‘s “Sign Of The Times” tomorrow as a duet with singer Jasmine Thompson. Both Sabrina and Jasmine also teased behind-the-scenes snippets of their duet. From the sound of it, their voices are going to pair beautifully together, and the song is perfect for them. If you’re freaking o
Load More Articles
Close ✕